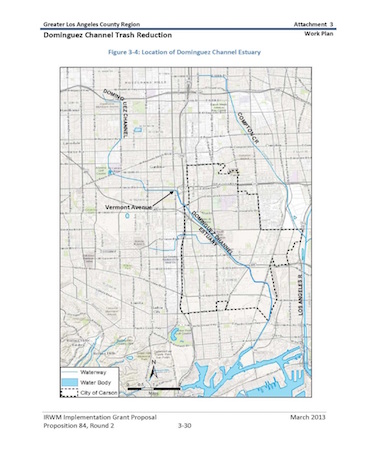 The primary goal of this project is to improve the water quality of the Dominguez Channel Estuary in order to preserve the watershed and encourage future recreational use. This project, which began in May of 2014, received Prop 84 funding to install automatic retracting screens (ARS) in curb-style catch basins to control trash discharges to the channel from the City of Carson. These retractable screens will capture debris at the street level, where it can then be removed through weekly street sweeping. The benefits from these upgrades are far-reaching and will improve downstream water quality of the Los Angeles Harbor and, ultimately, the ocean. Additional benefits include increased public awareness of the Dominguez Watershed’s water quality issues and encouragement of participation in its management and protection. 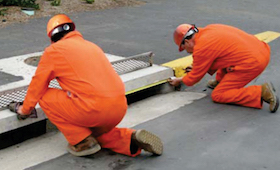 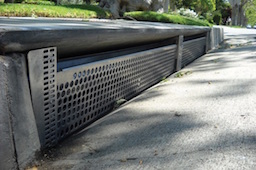 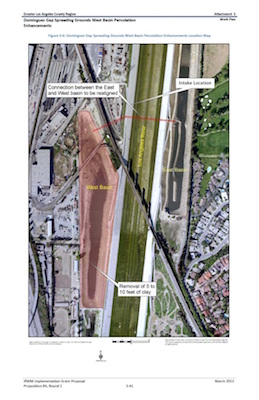 The Dominguez Gap Spreading Grounds are a 54-acre groundwater replenishment facility made up of two basins that recharge the Central Groundwater Basin using local water flows from the Los Angeles River. Historically, local groundwater supply has supported over 60% of the area’s water demand. However, the region remains dependent on imported water to meet both retail demand and groundwater replenishment needs. In a partnership between the LACFCD and Water Replenishment District (WRD), the Percolation Enhancement Project’s primary goal is to improve the groundwater recharge capacity of the facility by removing 5-10 feet of clay sediment in the west basin. More so, this will allow water users in the area to pump additional groundwater as opposed to using treated imported water. Further benefits include mitigation of localized flooding, an increase in the amount of stormwater undergoing soil aquifer treatment, and the enhancement of native habitat. 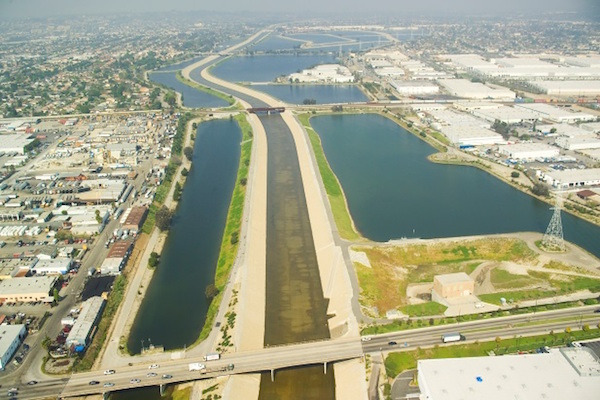 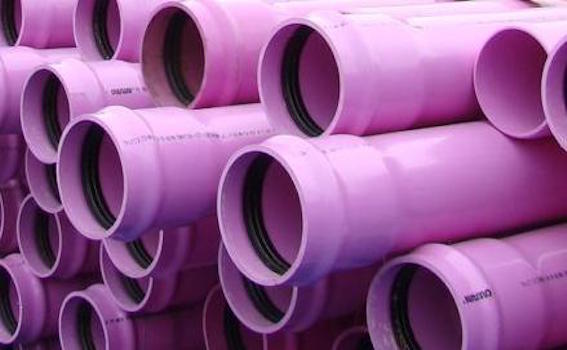 The City of Gardena has great potential to use recycled water within its service area to offset the need for potable water supplies. While the city already has a water distribution pipeline in its southern portion, adding 1.25 miles of recycled water pipeline will connect West Basin to three large irrigation customers. These new sites include Gardena High School, Arthur Lee Johnson Park, and Roosevelt Memorial Park Association. Once completed, this project will offset imported water by supplying approximately 120 acre-feet per year of recycled water. This project is spearheaded by the West Basin and is in partnership with the city of Gardena and Los Angeles Department of Water and Power. 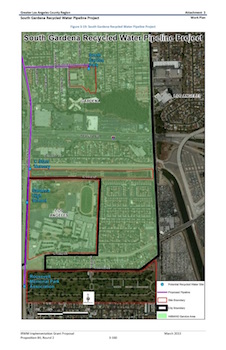 Picture: Map showing the location of the project’s pipeline expansion.