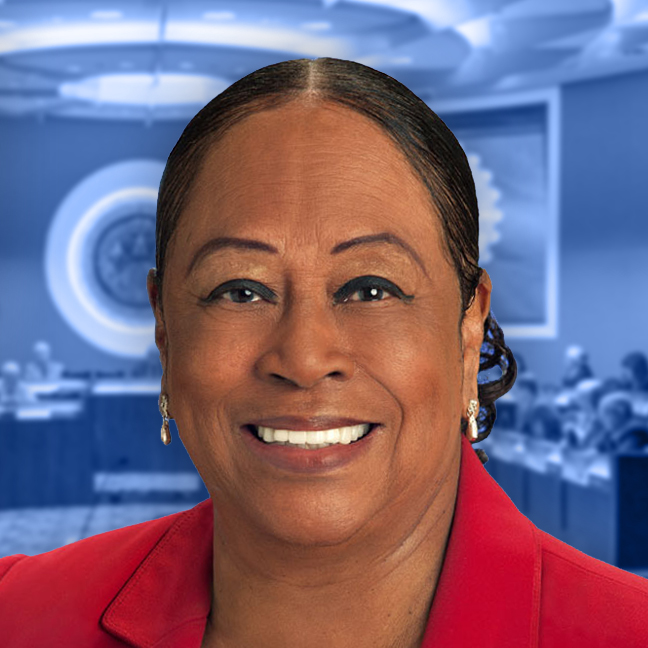 In a historic vote by the Metropolitan Water District of Southern California (MWD) Board of Directors on Oct. 9, West Basin Municipal Water District Director Gloria D. Gray was elected to serve as chairwoman of the MWD board. Gray is currently the MWD board vice chair and will be the first African-American woman in MWD’s 90-year history to hold the position of chair.

Gray stated, “I am excited to help lead Metropolitan into the next era, as we work collaboratively to overcome challenges to our imported water supplies brought by climate change, invest in local resources and conservation and continue providing a reliable water supply to Southern California.”

In 2006, Gray was first elected to the West Basin Board of Directors to represent Division II, which includes the City of Inglewood and unincorporated areas of Los Angeles County including Athens, Ladera Heights, Lennox and Westmont. She has served as a West Basin representative on the MWD Board of Directors since 2009.

Starting Jan. 1, Gray will commence her two-year term as chairwoman of the MWD board, becoming the 19th board chair of the primary water importer and wholesaler for nearly 19 million people in six counties. As the head of the 38-member board, Gray will represent district policies and programs at national, state and local levels. She also will preside over monthly meetings of the board and its executive committee. In addition, she will appoint all members of the MWD’s nine standing committees, as well as the leaders of any special committees or task forces.

With more than 12 years of experience in the water industry, Gray has been honored with many accolades for her work, including: recognition as Visionary of the Year by Playa Vista Jobs (2018); recipient of the Esther Williams Award of Excellence for her continued commitment to community service and water reliability by the South Bay Workforce Investment Board (2017); recipient of the “Honorable Harriett Wieder” award by the Southern California Water Committee (2012); and many more. 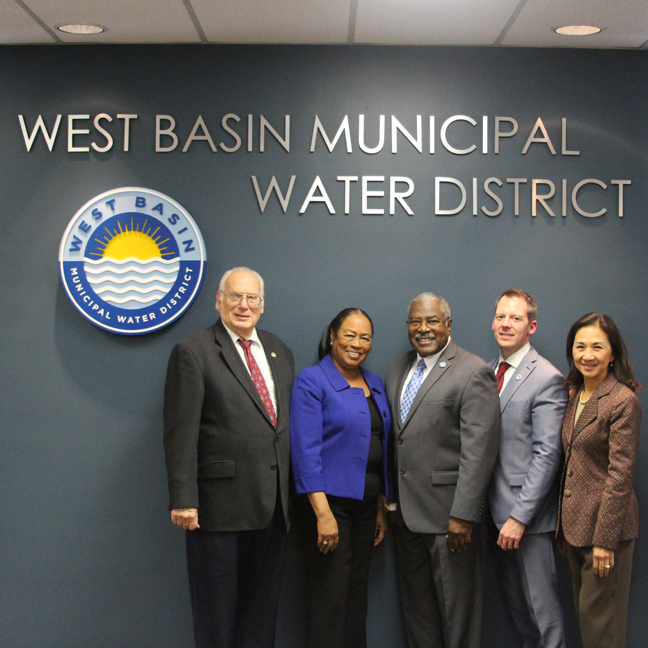 Incumbents re-elected to West Basin Board of Directors

In the new year ahead, the West Basin Board of Directors will continue to represent their respective divisions and make progress on key water issues facing the service area.

Current Board President Donald L. Dear said, “As a board, we remain steadfast in our commitment to ensuring water reliability for the West Basin service area and the communities we serve.”

In 2019, the board will select its officers, including the roles of president, vice president, treasurer and secretary, and make appointments to committees and affiliate organizations.

West Basin is governed by a five-member board of directors who are publicly elected to represent 17 cities and unincorporated areas in Los Angeles County. The service area covers 185-square mile and represents nearly 1 million people. For more information, please visit the Board of Directors webpages on www.westbasin.org/board-directors. 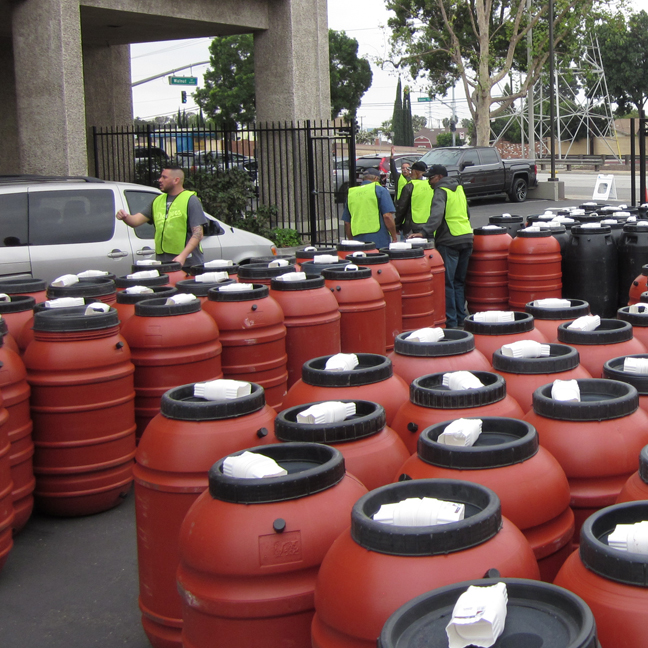 Starting Nov. 17, West Basin will give away 2,000 free rain barrels to residents at a series of five events scheduled throughout the District. Visit www.westbasin.org/rainbarrels to RSVP for an upcoming event near you.

Rain barrels collect rainwater for your garden, allowing you to be more water efficient at home while also reducing the amount of water that flows into storm drains. Using rain barrels in your yard can help home owners save thousands of gallons of water each year and set a great example for the neighborhood.

Winter months tend to bring rainy weather to Los Angeles. Residents can plan ahead and RSVP today to pick up a rain barrel at a West Basin event and take advantage of a potentially rainy winter in Southern California. 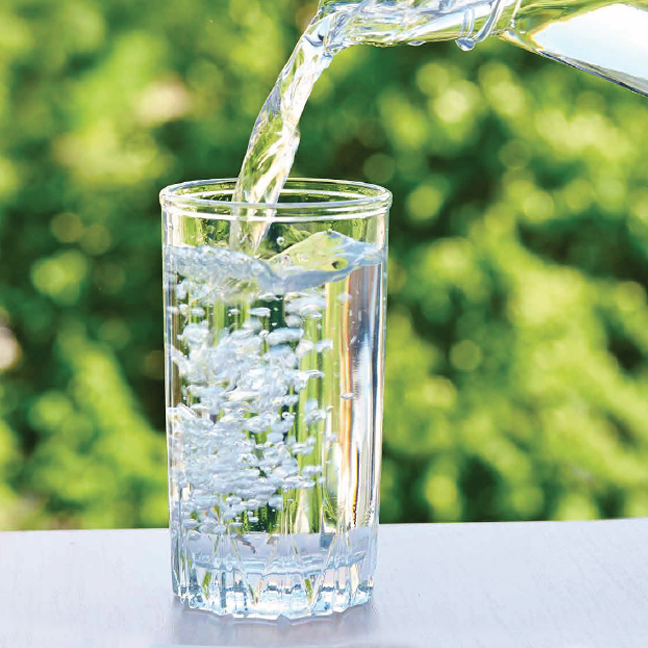 Now that the draft environmental impact report (EIR) public comment period is concluded, West Basin is in the process of addressing the comments it received regarding the potential ocean water desalination project. After extending a 45-day public review period to 91-days from March 27 to June 25, 2018, the District received more than 200 comments.

The District is evaluating ocean water desalination as a potential new local source of drinking water to improve water reliability. Since the success of initial water recycling and conservation efforts in the 1990s, the District continues to invest in these programs. West Basin, with a proven record of innovation and supply diversification, will continue to seek new milestones like the production of 200 billion gallons of recycled water which it reached this spring.

Following that, the West Basin Board of Directors will schedule a public hearing to consider certifying the final EIR based upon the completeness of the final document and compliance with the California Environmental Quality Act. Certification of the final EIR is a separate decision from approval or rejection of the proposed project.

Draft EIR information and a notification sign-up page remain online with updates to come at: www.westbasin.org/desal. 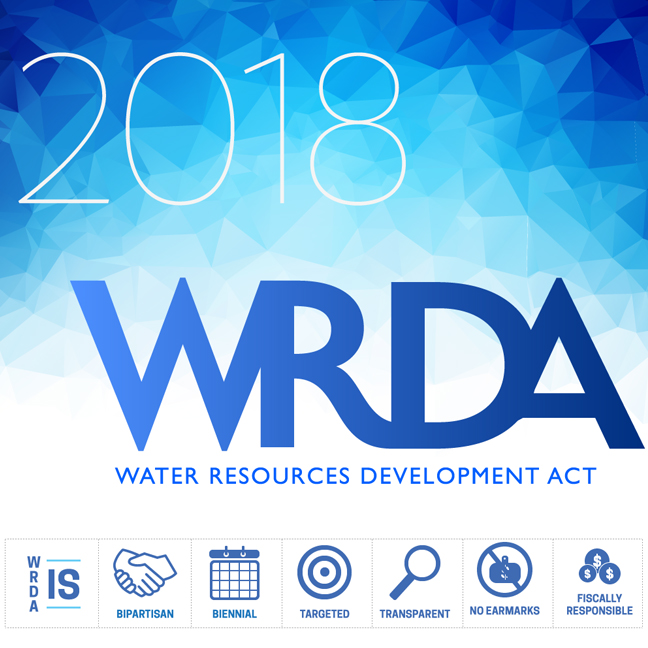 America’s Water Infrastructure Act, the comprehensive infrastructure legislation (S. 3021) passed by Congress in the fall and signed by the president on Oct. 23, will allow West Basin to access an additional $35 million in federal funding for its Harbor South Bay Water Recycling project.

This major federal water infrastructure package includes a specific provision to allow West Basin to pursue significant funding through the United States Army Corps of Engineers to upgrade and increase capacity at the Edward C. Little Water Recycling Facility (ECLWRF) in El Segundo, Calif., and expand the reach of the District’s recycled water system. The Water Infrastructure Act includes provisions to double the original project authorization from $35 million to $70 million, which will assist West Basin in ensuring that an adequate water supply for the Los Angeles region is met for current and future demands.

“West Basin achieved the milestone of producing more than 200 billion gallons of recycled water this year,” said Donald L. Dear, West Basin Board President. “With increased federal funding, we hope to celebrate additional growth milestones and provide even more recycled water to the region. This legislative achievement would not have been possible without the steadfast advocacy and support that West Basin received from its entire California Congressional delegation.”