The State of California once again finds itself in the midst of a severe drought, with historically dry conditions expected to continue indefinitely. While this news should come as no surprise to millions of Southern Californians who have become increasingly familiar with the state’s periodic dry spells, it does serve as an important reminder that we should never take for granted our limited and precious drinking water resources.

Fortunately, due to decades of investments in conservation programs and local water reliability projects, such as recycled water, desalination, and groundwater augmentation, West Basin and its retail agencies continue to be well prepared to manage multi-year droughts that have all but become the norm. Because of these investments, and those made by Metropolitan Water District of Southern California, water  in the West Basin service area is secure.

Despite the improvements in regional water reliability, maintaining water efficient lifestyles and a conservation-minded ethic during drought and non-drought periods is vital to ensuring that our communities and local businesses continue to thrive with access to high-quality water supplies.

As of July 31, 2022, all West Basin cities and unincorporated areas are requiring customers to water their landscapes no more than two times per week. To learn more about the specific watering restrictions in effect in your city or community, click on the water schedules webpage.

On May 24, 2022 the State Water Resources Control Board (SWRCB) adopted emergency water conservation regulations in response to the drought and Governor Newsom’s calls for reduced water use levels statewide. The SWRCB banned the irrigation of non-functional, ornamental turf with drinking water in commercial, industrial and institutional sectors. This statewide action is in addition to the wasteful water practices prohibited in January 2022. In addition, the state board actions require urban water retailers, including those in West Basin’s service area to implement all the water use reduction actions associated with a shortage level two (10-20% shortage), at a minimum, of the supplier’s water shortage contingency plan.

On May 23, 2022, at the meeting of the West Basin Board of Directors, the Board adopted drought response actions including a call on its communities to reduce outdoor irrigation to two days per week. Read the announcement calling for two day a week watering.

On April 26, 2022 the Metropolitan Water District of Southern California (MWD), which serves 19 million Southern Californians through 26 member agencies, declared a water shortage emergency for State Water Project (SWP) dependent parts of Los Angeles, Ventura and San Bernardino counties. West Basin, which receives MWD water imported from both the Colorado River and the SWP in typical years is not considered SWP dependent. In fact, last year, West Basin boosted regional water reliability by adjusting its operations to only deliver imported water from Colorado River supplies given the greater strain on water from Northern California. As such, West Basin and its communities are not subject to MWD’s most recent emergency restrictions. Read West Basin’s statement on what MWD’s water restrictions mean for the West Basin service area.

On March 28, 2022, Governor Newsom ordered the State Water Resources Control Board (SWRCB) to evaluate the adoption of regulations banning irrigation of “non-functional” turf (or grass), such as decorative grass adjacent to large industrial and commercial buildings. The ban would not include residential lawns or grass used for recreation, such as school fields, sports fields and parks. Learn more about the ban.

On January 4, 2022, the State Water Resources Control Board adopted an emergency regulation that prohibits certain wasteful water use practices statewide and encourages Californians to monitor their water use more closely while supporting habits to use water wisely. That regulation is effective January 2022. Frequently asked questions linked below. ACWA one-page overview also available.

On November 22, 2021 the West Basin Board of Directors declared a Shortage Level Three.

On July 26, 2021 the West Basin Board of Directors activated the district’s Water Shortage Contingency Plan (WSCP), entering into Shortage Level 1.

West Basin is committed to providing reliable, drought-resilient water supplies to the service area by focusing on efforts to expand local water supply resources that are more resilient to ongoing climate change and various other factors that may make imported water a less reliable supply.

West Basin’s Water for Tomorrow Program characterizes the district’s approach to addressing the service area’s water future. The Program brings new emphasis to West Basin’s commitment to protecting, securing and diversifying its water supply while continuing its history of innovation and industry leadership. 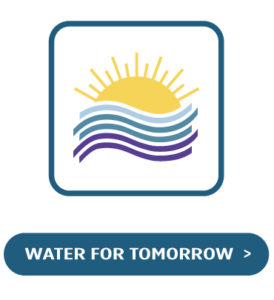 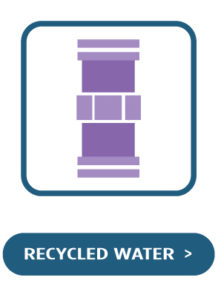 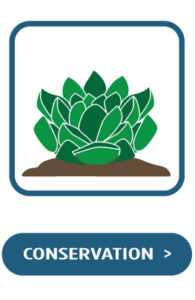 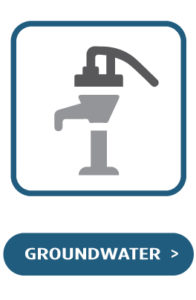 West Basin regularly reviews and analyzes its water supply portfolio to ensure that strategic investments are being made to develop reliable long-term water supplies in the service area. From supply and demand forecasting to water use efficiency data analysis, West Basin develops numerous reports and strategic plans that help inform the District’s investments in a diverse set of capital and water resources programs.

In June 2021, West Basin published its 2020 Urban Water Management Plan, 2021 Water Shortage Contingency Plan, and an additional analysis related to Delta Reliance. Together, these strategic plans demonstrate the reliability of West Basin’s supplies for the next 25 years as the district continues to shift from heavier dependence on imported water supplies to a more diverse portfolio of recycled water, conservation, desalination, and groundwater augmentation.

The U.S. Drought Monitor is a map that shows which areas of the country are currently in drought. The map uses five classifications: abnormally dry (D0), showing areas that may be going into or are coming out of drought, and four levels of drought: moderate (D1), severe (D2), extreme (D3) and exceptional (D4). 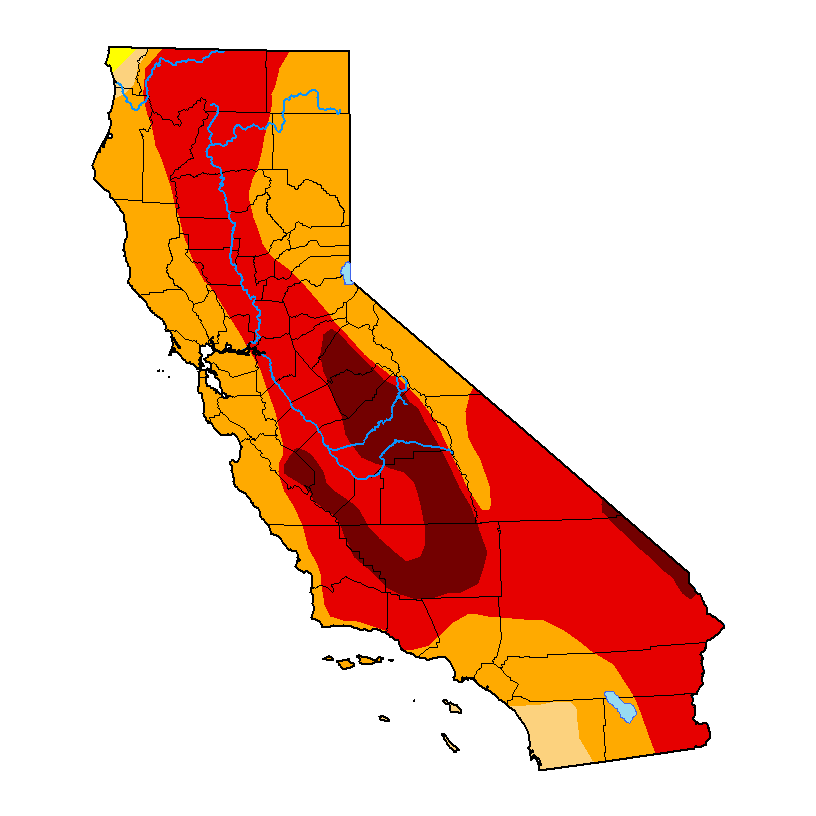 Maintaining a Healthy Landscape in a Drought

How to Keep Trees Alive in a Drought